When the world goes to hell and dogs rule the planet, only three people can save the world... 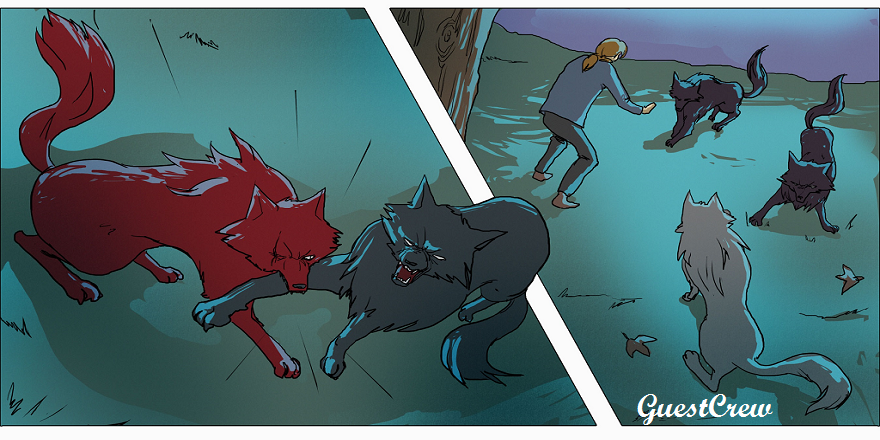 The Battle of the Blood Moon is an apocalyptic-paranormal comic with an edge. The humans discover the existence of werewolves as Alitaca, the mindless werewolf from all the movies you've seen, begins to harvest the human race for her children.

But humanity has never reacted well to global threats. That's why it's come down to a young werewolf, Olivia, her half-brother Charlie and her step-mother Angela to fight Alitaca on behalf of the humans.

Who will win? Find out if we reach the goal to fund to issue 6!

Sketch of a page from issue 3

Why Should I Support You?

We are a small-time comic team working on adapting one of my novels into a comic. I read a lot of comics, and thought that this story would actually do well in a comic format.

All this Kickstarter is paying for is printing and shipping of around 50 copies of each issue of the comic, as well as any backer rewards that need to be sent out.

If we reach over the initial amount, the money will go into creating the pages of the issues, instead of me paying for them out of pocket ($70AU/page).

When the world goes to hell and dogs rule the planet, only three people can save the world...