Contribute Now for Providing Relief after the Nepal Earthquakes Campaign 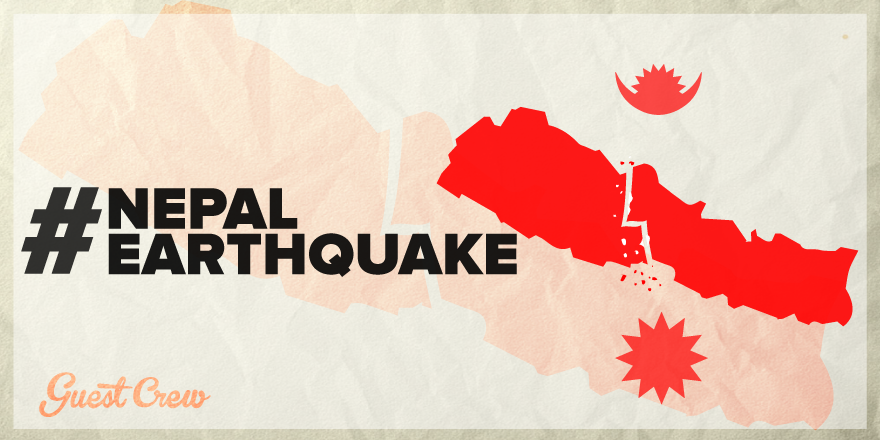 That’s the official count of those who have died after a series of devastating earthquakes in Nepal.

The official count on Sunday.

Who knows what that count may be in another day? Or another week.

Nepal is currently suffering the worst tragedy to ever befall the country, and the worst may not be over yet.

The Earthquakes of Nepal

Support this campaign by donating money to NCRR via. GoFundMe

On April 25, an earthquake measuring 7.8 magnitude hit just eighty-five miles outside of the capital, Kathmandu. More than 500,000 homes were destroyed almost instantly and thousands of people died. Then, after a series of aftershocks and rubbles, another 7.3 magnitude earthquake hit near Mount Everest.

This second event triggered landslides and effectively cut off many of the remote mountain villages and killing hundreds more. The last time Nepal suffered a tragedy on this scale was in 1943 when more than 8,000 people were killed in another series of earthquakes.

Now, the monsoon season is approaching and bringing with it rains, mud and the possibility of even more landslides. There is a good chance that even as Nepal makes efforts to patch up the injuries done by the earthquakes, the mud and rain will continue to make the situation far worse.

This is why the United Nations and almost every other humanitarian relief or help program in the world are rushing to the aid of the Himalayan country and its people.

With so much devastation, there are certainly ways for everyone to help.

Helpers on the Ground

NCRR is on GoFundMe and our Top Suggestion for Donations.

A remote country like Nepal is difficult to reach, even for those with vast resources and transportation. Organizations who have the right resources have been in the country for weeks, helping and protecting and coordinating rescue and relief efforts. Many others – thousands or perhaps millions of others – are not able to enter the country to help directly, but they can contribute time, effort and energy to improve the relief efforts.

NCRR has provided the following pictures of their work so far and other updates from Nepal.

One of the most critical elements of every relief effort is communicating with the outside world. The news provides updates, but those with social media accounts can continue to spread the word and boost awareness world-wide of the ongoing crisis and the newest developments as they become available.

As news stories fall out of public awareness, aid efforts taper off. Keeping Nepal in the news where help can be ongoing and effective is one of the key concerns for coordinating efforts.

Please Send your Donations to NCRR via. GoFundMe and help speed up rescue efforts

There are many humanitarian programs working in Nepal, and it will take considerable financial donations to help Nepal, an already impoverished country, recover from the disaster. If you are looking to offer financial support, the following organizations are active in Nepal.

Immediately following the first earthquake, The Red Cross committed $300,000 along with thousands of meals, tarps, blankets and other basic survival supplies. Following the tremors and second hurricane, their efforts will continue for some time.

This international organization has arrived in Nepal and is working hard to ensure that clean drinking water is available to prevent outbreaks of disease and to help provide basic necessities to those who have suffered. The organization is distributing blankets, in particular to children and babies, for families currently living on the streets.

Online charity program, Global Giving, has raised more than half of the one-million dollars they are working to raise for relief efforts. Giving to Global Giving is simple. In fact, if you have a United States cell phone, you can simply text GIVE NEPAL to 80088 to make a $10 donation.

Nepal is currently suffering the worst tragedy to ever befall the country, and the worst may not be over yet. Do Support the Campaign by clicking on the Facebook, Twitter and other social media buttons available on this page. Thanks.