Contribute Now for The Crisis In Donetsk Campaign 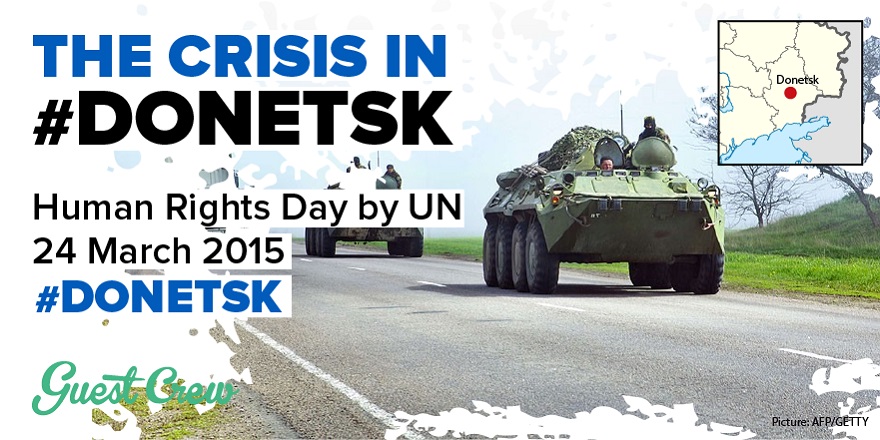 Violence has, once again, erupted in the Donetsk region of eastern Ukraine, despite a formal peace talks meeting between the embattled country, Russia and rebel leaders.

The peace talks failed after officials from the Ukraine and rebel leaders accused each other of sabotaging the talks, resulting in an upswing of violence that claimed the lives of fifteen civilians and nearly 60 Ukrainian troops over the weekend.

The Ukrainian conflict began last spring when pro-Russian rebels from the Donetsk region of Ukraine declared their separation from the country, forming the independent Donetsk People's Republic (DPR), after their demands for a status referendum by Ukrainian officials were not met. Since that time, the separatists have vowed continued violence and political unrest throughout the country, unless Ukrainian officials gave in to their demands and pledged allegiance to the Republic.

The rebels are receiving military aide from Russia, which they use to wreak havoc across the country, terrorizing civilians. Ukrainian leaders have demanded that Russia stop providing aide to the separatists and that any further support provided would be considered an act of war. Russian officials deny any involvement in the rebel offensive.

NATO forces are calling for tougher sanctions against Russia for their perceived involvement in the conflict, with President Obama pledging defensive weapons and equipment for the Ukrainian military so they can protect themselves from the rebel violence, which has killed more than 5,000 people in a span of nine months and displaced over a million more.

Meanwhile, humanitarian aide is coming into the embattled nation from supporting countries around the world and Ukrainian officials are working to evacuate civilians from the line of fire – but these efforts are not enough to protect the Ukrainian people and restore peace to their lives. Relief convoys are being bombarded by rebel attacks, cutting off relief efforts entirely and prolonging the suffering of those in the affected region.

As separatist leaders vow to mobilize 100,000 men to bolster their attacks in the region, civilians are left wondering how many more lives must be lost before a ceasefire is reached.

How can you Help?

Click on the social media buttons like Facebook, Twitter etc. available on this page to support this campaign. Your social shares - Likes, Tweets, etc. are saved in our system. We release all those shares, automatically at the same time - on the due date of this campaign which is 24th of March, 2015. Thus it creates a huge buzz and our message is heard over the social noise and chaos.

Contact your government leaders and urge them to help put an end to the humanitarian crisis in Donetsk.

Put an end to the humanitarian crisis in Donetsk. Click on the social media buttons available on this campaign page to support this campaign.