Is Uber Responsible For Putting Criminals In The Driver's Seat?

Please Retweet - Is #Uber Responsible For Putting Criminals In The Driver's Seat?

Is Uber Responsible For Putting Criminals…

Contribute Now for Is Uber Responsible For Putting Criminals In The Driver's Seat? Campaign 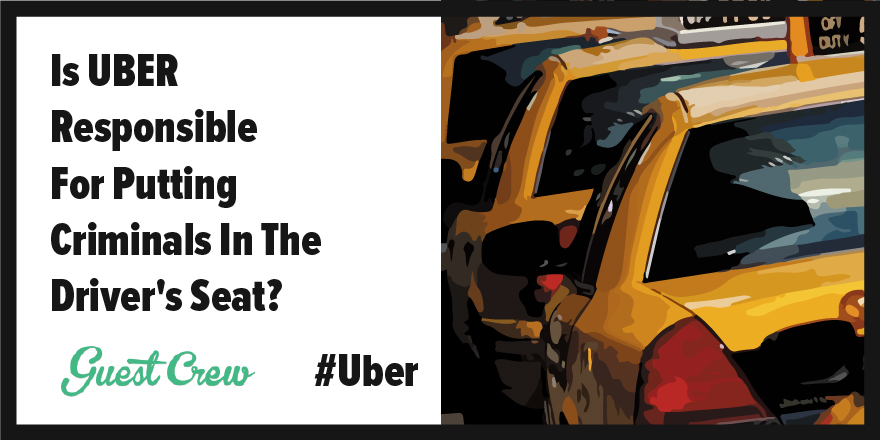 A popular car service company has come under increased scrutiny by international law makers after allegations surfaced that they failed to properly vet their employees.

Uber, a ride share and taxi company based in San Francisco, CA, became the focus of a global campaign to hold companies liable for the actions of their employees after an Uber driver in India was arrested for the rape of a female passenger last week.

The driver, Shiv Kumar Yadav, had been arrested for sexual assault three years prior to this arrest - a crime that went unnoticed by Uber's lackluster background checking system.

The Yadav case is just the latest in a long line of incidents where Uber drivers with criminal records that have been allowed to drive for the company, unbeknownst to would-be passengers.

Earlier this year, an Uber driver from Florida was charged with vehicular manslaughter in the death of a six year old child and in 2013, it was discovered that an Uber driver from California had a previous felony drug charge conviction on his record.

Lawmakers are questioning how drivers with criminal histories, which should have disqualified them from driving for the company, are evading detection if Uber was thoroughly vetting prospective drivers as they should be.

Some Uber drivers are going to great lengths to hide their criminal pasts. According to Uber drivers from India, wiping away your criminal record is as easy as paying a $130 bribe.

Uber is facing banishment and legal action in several US cities as well, including Portland, San Franciso and Los Angeles - which have accused the company of illegal operating procedures, lax safety regulations and other contributing offenses in recent weeks.

Uber is well-known in the US legal system for challenging state and federal laws requiring background checks and company responsibility.

Regarless of Uber's stance on the current state of their company - the bottom line is this:

Every business in every industry across the board is liable for the actions of their employees and for damages incurred by those employees while rendering services on their behalf.

Make Uber liable for the actions of their employees and for damages incurred by those employees while rendering services on their behalf. Force them to reflect this change in their Terms of Service.

Is Uber Responsible For Putting Criminals In The Driver's Seat?

Please Retweet - Is #Uber Responsible For Putting Criminals In The Driver's Seat?