Equality for Women Progress for All March 8: #InternationalWomensDay Help Spread the message 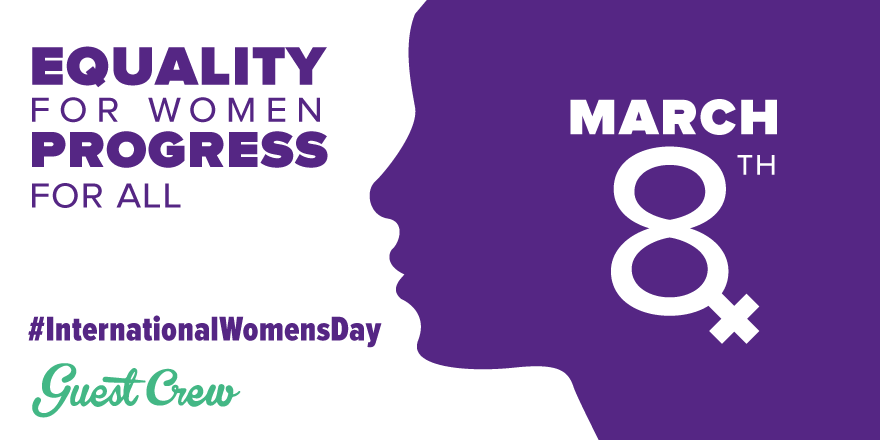 Equality for Women, Progress for All

While the United Nations recognizes many causes to improve the quality of life on our planet, many of these causes have only recently become well-known to the public at large. One cause, however, is even older than the United Nations. In fact, International Women’s Day has a history that reaches back to 1909, a time well before women had the right to vote or even a hint of equality in the work place.

What is International Women’s Day?

International Women’s Day is a time when women all over the world are recognized for their previous struggles and their achievements. The day seeks to remind everyone that women have untapped and potentially limitless potential that should be celebrated and encouraged regardless of nationality, ethnic groups, language and economic or political background.

While the United Nations didn’t actually officially recognize International Women’s Day until 1975, the UN simply picked up where other’s efforts had left off. The first instances of Women’s Day were celebrated in the United States in the very early twentieth century. The concept quickly spread to Europe as the labor movements in developed countries accelerated.

The first time Women were officially celebrated in this was on February 28, 1909. The Socialist Party of America claimed the day for women as a way to commemorate the 1908 garment worker’s strike in New York. This was a protest against bad working conditions that primarily affected women.

Almost immediately after, in 1910, Socialist International declared an international form of the Women’s Day in Copenhagen to promote women’s rights and support women’s own efforts to promote their welfare and equality. In 1911, more than a million supporters attended rallies in Austria, Denmark, Germany and Switzerland to continue to promote the cause. World War I rallied even more women to the cause, helping it become one of the most recognized issues in our world today.

While many nations have recognized women’s achievements and advancements over the past centuries, there are still many areas where women’s rights and labor efforts are at the earliest stages of development. Through four global United Nations women’s conferences, the global awareness of women’s rights and abilities continues to grow.

This year on March 8, reflect on how far women have come, the progress they have made together and despite adversity along the way. Rally to continue improvements in all countries where women are fighting for equal pay or perhaps just a right to live an independent life. Celebrate the acts of women in our past, and support the ongoing acts of women leading the way into the future.

Support us by clicking on the social buttons available on this page.

Equality for Women Progress for All March 8: #InternationalWomensDay Help Spread the message