Contribute Now for Fighting Back Against Corruption Campaign 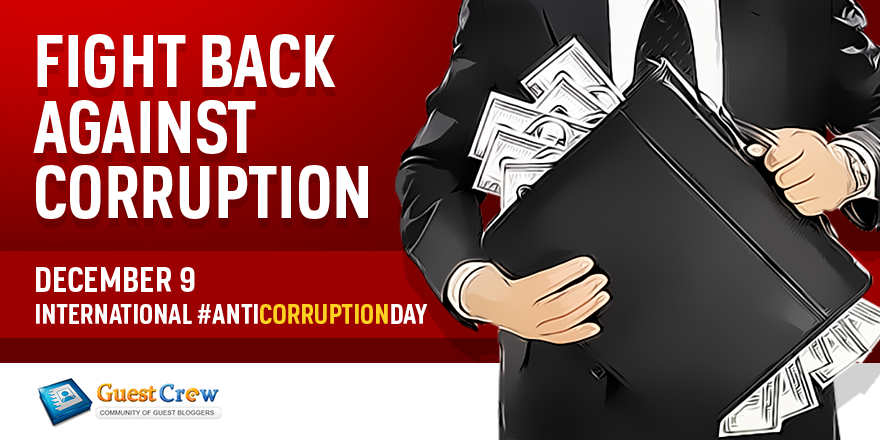 “It’s the cost of doing business.”

“It’s to be expected around here.”

Fraud and corruption have been accepted as part of business as long as there have been business. There are good businesses and dirty businesses. Trades made over the table and trades made under the table. Sometimes a few extra bills change hands or a special project is earmarked for a friend. Other times the government is involved.

The High Price of Fraud

In most of the civilized world we shake our head at corruption when we hear of it and rage against unscrupulous players in what should be a fair market. But very few of us actually expect anything to change. There are many justifications we give for fraud, and many of them seem very legitimate - especially if the bribery and back office deals have been a part of an industry or location for generations.

But just because it happens, doesn’t mean we should turn a blind eye to it when it does. Fraud is pervasive around the globe, and it’s certainly not going to go away if business owners, employees and global citizens ignore it.

In fact, the more we ignore it, justify it and assume it’s going to happen, the more permission we give to those who perpetrate white collar crime. Ultimately the corruption in businesses and governments undermines the principals of democracy and slows economic development.

Governments can become unstable as they are dependent on a series of kickbacks and favors. Elections become rigged. Small businesses can no longer compete with the “start-up” costs required and the whole system becomes increasingly fragile.

Fraud isn’t a victimless crime. Paying a small bribe to ensure your project gets the go-ahead or skimming a bit off the top because everyone in your department is doing it isn’t the norm or the cost of doing business. While corruption does exist, it’s on the way out.

Countries all over the world are paying closer attention to fraud in businesses and the government. International watchdog groups are paying attention to how business is being done in every corner of the globe, and reports and statistics are growing.

One in three organizations has been hit by crime and companies are paying closer attention. 53 percent of managers are concerned about bribery and corruption. 43 percent of CEOs are increasingly concerned about protecting intellectual property. There is a pronounced shift in how many companies and countries are doing business. Others are trying to take the first steps in cleaning up corruption and improving conditions.

The United Nations wants to be a part of the positive change. December 9 is International Anti-Corruption Day. A day to appreciate just how much bribery and corruption still exists in the world as well as a chance to help make a positive difference. Since 2005 the United Nations has been working to raise the public’s awareness of corruption.

The campaign appears to be working. Awareness of fraud and bribery is rising. Legislation to stop the corruption is being discussed in governments and companies are turning a more watchful eye on things.

There is progress, but there is still a long way to go.

Guest Crew is a Crowd Speaking platform. Fight back against corruption and help us spread the word on the social media.