Ferguson, Missouri - The Epicenter of America's… 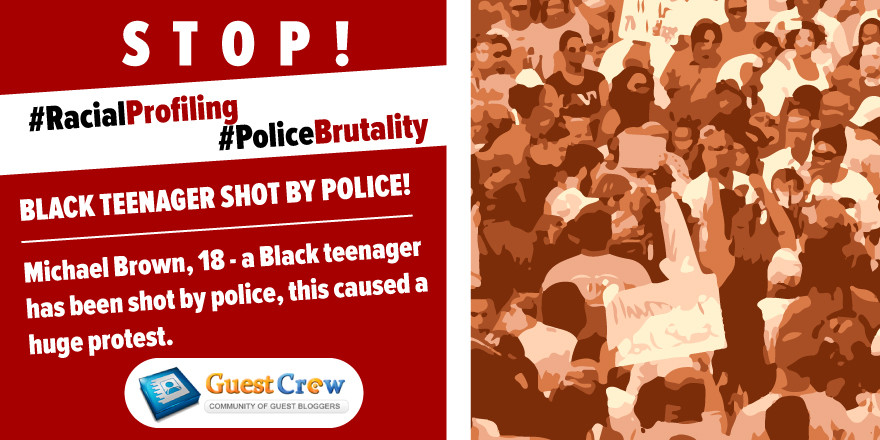 The shooting death of an unarmed teenager by a  Ferguson, Missouri police officer has fueled claims that racial profiling and police brutality are serious issues in America.

On August 9th, 2014, Michael Brown, 18,  was captured on surveillance video stealing cigars from a local convenience store and roughing up the owner when he confronted Brown about the merchandise.

A few minutes later, Officer Darren Wilson spotted with a friend walking in the middle of the road and told them to move over to the sidewalk.

According to conflicting accounts from witnesses, an altercation ensued between Brown and Officer Wilson in which Brown allegedly reached inside Wilson's patrol car during the scuffle. Wilson said he believed Brown was trying to take his weapon and two shots were fired during the altercation.

Additional witness accounts claim that Brown, who was black and unarmed, began walking away from the patrol vehicle when Officer Wilson, who is white, fired an additional six to eight shots as Brown retreated, striking him in the head and upper body and killing him.

Brown's body laid in the street for several hours, uncovered and bleeding, while police at the scene conducted an investigation.

During an internal investigation, Officer Wilson testified that Brown punched him several times and that he drew his weapon because he feared for his life.

Evidence presented during the investigation supports witness claims that Brown had his hands in the air and was retreating when he was shot and killed by Officer Wilson.

Brown's death sparked weeks of rioting in the streets of Ferguson in which businesses were looted or burned to the ground. Hundreds of people were arrested, several police officers were injured and the National Guard was called in to restore order to the town.

Officer Wilson was placed on administrative leave during the investigation and subsequently went into hiding because threats had been made against his life. On November 24th, 2014, a grand jury declined to indict Officer Wilson, who has since resigned from the Ferguson Police Department.

The events in Ferguson have sparked nationwide demonstrations and protests speaking out against racial profiling and police brutality. The incident even prompted President Obama to seek $263M in funding to equip police officers with body cameras and expand their current arsenals.

Those who are participating in the protests and demonstrations believe that if they can draw enough attention to the Michael Brown case to spare even one life from police brutality and racial profiling, his life will not have been lost in vain.

Stop racial profiling and police brutality. Support us in the social media for spreading the news.