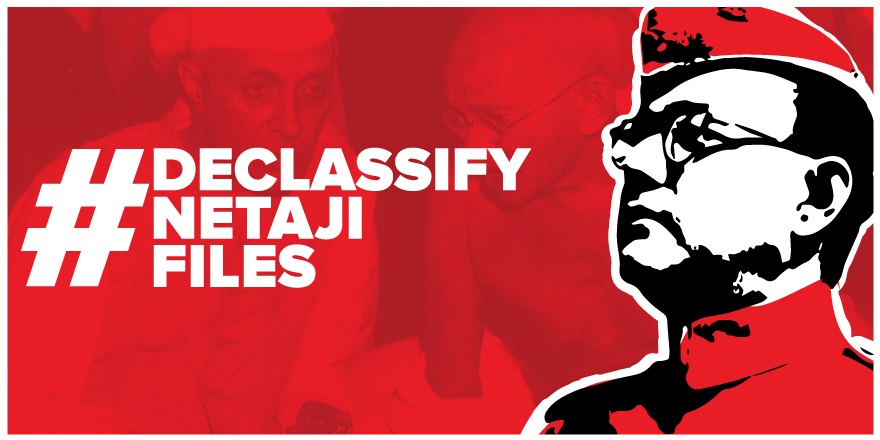 After more than seventy years of being kept in the dark, the truth about the mysterious disappearance of Indian freedom fighter Netaji Subhas Chandra Bose may finally be brought to light.

Indian Prime Minister Narendra Modi met with members of Bose's family in Berlin recently to discuss a decades-old request to declassify 87 government records pertaining to Bose, which have been tucked away in the Prime Minister's office since the end of World War II.

Despite Modi's willingness to lobby for the declassification of the Netaji Files, the declassification request will be wrapped up in governmental red tape for quite some time. Cabinet Secretary Ajit Seth will lead a committee that will review the Official Secrets Act to see which - if any - of the files can be made public.

Jawaharlal Nehru government kept the Bose family under close surveillance for two decades after his mysterious disappearance in 1945. This revelation was the result of the recent declassification of two Intelligence Bureau files, which alluded that Nehru had been keeping tabs on the family since Bose's disappearance in 1945 until several years after Nehru died in office in 1964.

This information resulted in a firestorm of backlash from Bose family, supports and conspiracy theorists alike, who posed the question of Nataji  Subhas Chandra Bose was really dead all those years, why would Nehru want - or need - to keep tabs on his family if there was absolutely no way they would have contact with him?

Other theories are that Bose went into hiding on his own or that he was kept in seclusion in some other country abroad, under the orders of the Nehru government.

The Bose family maintains that someone, somewhere knows what happened to Nataji Subhas Chandra Bose and hopes that the declassification of these files will provide some sort of closure to this mystery that has haunted their family - and our country - for so many years.

How To Get Involved:

Use the Social Buttons like facebook, twitter etc. above and support the campaign. Those are not ordinary social sharing buttons, they store and buffer your shares with everyone else's and release all of it, automatically - on the due date of the campaign. Thus making a huge buzz on the social media.

The Bose family maintains that someone, somewhere knows what happened to Nataji Subhas Chandra Bose and hopes that the declassification of these files will provide some sort of closure to this mystery that has haunted their family - and our country - for so many years