Help #BokoHaram Victims in Nigeria. Save our Girls from kidnapping and killings by Terrorists 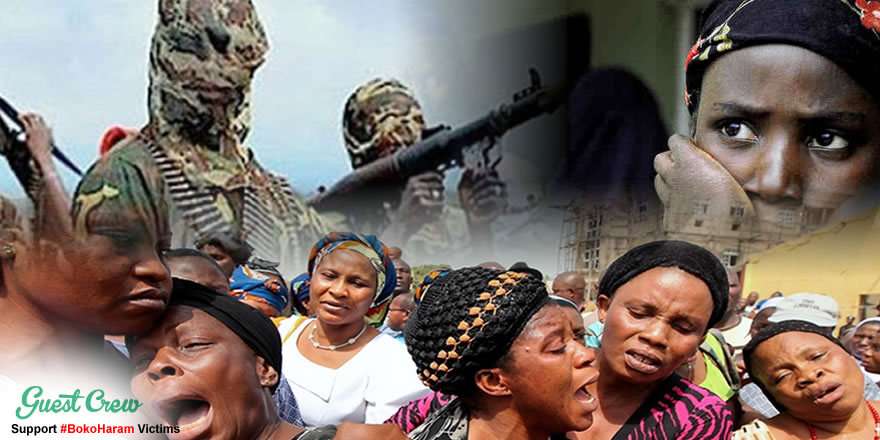 In Nigeria, over 200 girls were recently abducted from their boarding school and plans are reported of them being selling them as brides for $12 each. I am calling on the world to unite and save them. The abducted young girls are being affected by a conflict they did not create, and their voices need to be heard. I can only imagine what these 200 girls have been through, and our government is not doing nearly enough to save them.

Islamic militants set fire to a locked dormitory at a school in northern Nigeria, then shot and slit the throats of students who tried to escape through windows during a pre-dawn attack. At least 58 students were killed , including many who were burned alive. They ‘slaughtered them like sheep’ with machetes, and gunned down those who ran away.

Use of children as suicide bombers to target schools was increased after the kidnap of over 200 school girls from Chibok community in Borno state.

Another child bomber was sent into the morning assembly at a school on a suicide mission, killing 48 pupils. In January 2015, an attack on a college killed 45 pupils, some as young as 13. “Innocent children, pregnant women and elderly people – who cannot protect themselves – were massacred. Village after village has been burned to the ground. And three young girls were sent to their deaths with explosives strapped to their bodies in so- called suicide bombings that killed scores of civilians. they were also exploited as slaves and sex objects and deployed as suicide bombers.

“These children have been exploited and abused. “We must do everything in our power to protect others who might be forced into becoming suicide bombers committing even more violent and shocking atrocities. Please let us make a change now. let us support and rescue them.

We need everyone to help these young girls, no amount is too small, your contribution will impact their lives as i have taken up this challenge to reach out for them.

More than 10,000 Children are homeless, some are dying for hunger. they need food, water, drugs, mats and shelter and nobody is willing to help them because of fear of being killed by deadly boko haram.

Your warmly donations upto 7500USD can get upto 5 water tank system to provide and supply them clean water.

Donations upto $50,000 can get them thousands of sleeping Mats and sleeping covered nets against mosquitoes and more donations can feeds upto 10,000 children and provide them more medical care.

Thank you and God bless.

My name is Valentine Belonwu, Co founder JustRetweet.com. I have passion to support the homeless children in my country Nigeria and I think we should not judge everyone based on his colour of skins of his believe. we must unite and show love to one another

Help #BokoHaram Victims in Nigeria. Save our Girls from kidnapping and killings by Terrorists