Christian Mother Of Five Sentenced To Death For Blasphemy in Pakistan. Help us #SaveAsiaBibi 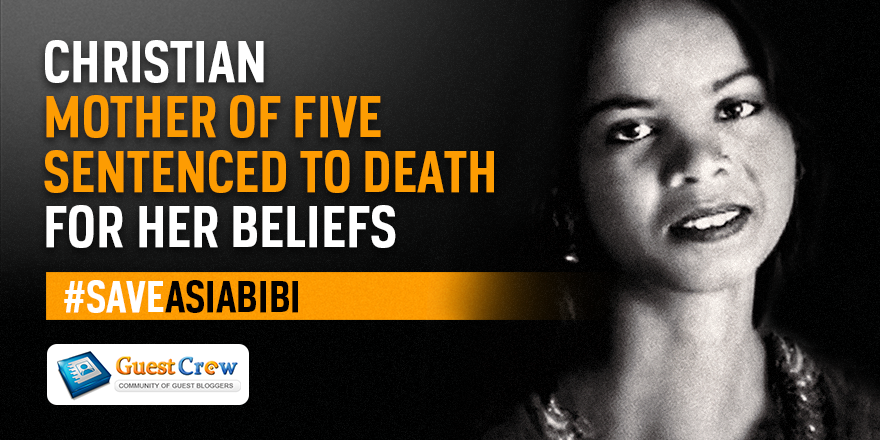 A Christian woman has been sentenced to death after colleagues accused her of insulting Islam and its Prophet Muhammad during an altercation in her workplace.

Asia Bibi, 50, was employed as a farm laborer during the summer of 2009 in the Punjab Province of Pakistan.

Bibi, a known Christian, offered a drink of water to her Muslim coworkers. Bibi's coworkers declined her gesture, citing their beliefs that accepting water from a non-Muslim would be 'unclean'.

An altercation ensued between Bibi and her Muslim colleagues, who summoned the local cleric to intervene.

Bibi's coworkers alleged that Bibi had made disparaging remarks against Islam and its revered Prophet Muhammad - an act known as blasphemy in the Muslim world that is punishable by death.

The cleric gave Bibi the options to denounce her Christian faith by converting to Islam or be reported to police for her alleged crime of blasphemy.

Bibi refused to denounce her Christian faith, stating that the allegations made by her coworkers were false and was subsequently arrested by local police. The Lahore High Court sentenced Bibi to death by hanging in 2010 as a result.

Asia Bibi's attorney, Sardar Mushtaq, appealed the court's death sentence in an effort to free Bibi from prison, where she has remained since her 2010 arrest, and spare her life - but that appeal was denied by the Lahore High Court in October of 2014.

Bibi continues to maintain her innocence and has penned a memoir entitled Blasphemy, which depicts her account of the events that lead to her arrest.

Her case has produced international public outcries from notable public figures across the globe, including Pope Benedict XVI, Senators Ted Cruz, Amnesty International and various religious freedom groups - all of which are lobbying to have Bibi's conviction overturned and her life spared.

On November 24th, 2014, a second and final appeal was filed on Bibi's behalf in the Supreme Court of Pakistan by her attorney. The final appeal process is anticipated to take up to a year to complete.

Meanwhile, several online petitions have surfaced, urging Bibi's supporters to sign and demonstrate solidarity to Pakistani lawmakers, in hopes that her conviction will be overturned and her life spared.

Asia Bibi - Christian, Mother Of Five, Sentenced To Death For Her Beliefs in Pakistan. Support us on the Social Media.

Christian Mother Of Five Sentenced To Death For Blasphemy in Pakistan. Help us #SaveAsiaBibi